What’s on at Hoyts Ormiston.

Check out these movies and more.

Doctor Strange 2: In The Multiverse Of Madness

In Marvel Studios’ Doctor Strange in the Multiverse of Madness, the MCU unlocks the Multiverse and pushes its boundaries further than ever before. Journey into the unknown with Doctor Strange, who, with the help of mystical allies both old and new, traverses the mind-bending and dangerous alternate realities of the Multiverse to confront a mysterious new adversary. 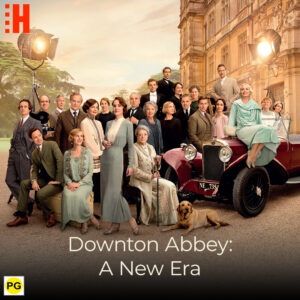 From award-winning creator, Julian Fellowes comes the motion picture event DOWNTON ABBEY: A NEW ERA. The much-anticipated cinematic return of the global phenomenon reunites the beloved cast as they go on a grand journey to the South of France to uncover the mystery of the Dowager Countess’ newly inherited villa. 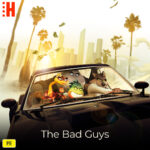 Nobody has ever failed so hard at trying to be good as The Bad Guys. In the new action-comedy from DreamWorks Animation, based on the New York Times best-selling book series, a crackerjack criminal crew of animal outlaws are about to attempt their most challenging con yet—becoming model citizens. 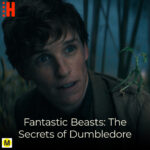 Professor Albus Dumbledore knows the powerful Dark wizard Gellert Grindelwald is moving to seize control of the wizarding world. Unable to stop him alone, he entrusts Magizoologist Newt Scamander to lead an intrepid team of wizards, witches, and one brave Muggle baker on a dangerous mission, where they encounter old and new beasts and clash with Grindelwald’s growing legion of followers. But with the stakes so high, how long can Dumbledore remain on the sidelines? 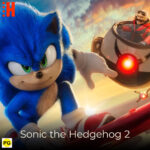 The world’s favourite blue hedgehog is back for a next-level adventure in SONIC THE HEDGEHOG 2. After settling in Green Hills, Sonic is eager to prove he has what it takes to be a true hero. His test comes when Dr. Robotnik returns, this time with a new partner, Knuckles, in search for an emerald that has the power to destroy civilizations. Sonic teams up with his own sidekick, Tails, and together they embark on a globe-trotting journey to find the emerald before it falls into the wrong hands.

Brilliant, but reclusive author Loretta Sage (Sandra Bullock) has spent her career writing about exotic places in her popular romance-adventure novels featuring handsome cover model Alan (Channing Tatum), who has dedicated his life to embodying the hero character, “Dash.” While on tour promoting her new book with Alan, Loretta is kidnapped by an eccentric billionaire (Daniel Radcliffe) who hopes that she can lead him to the ancient lost city’s treasure from her latest story. Wanting to prove that he can be a hero in real life and not just on the pages of her books, Alan sets off to rescue her. Thrust into an epic jungle adventure, the unlikely pair will need to work together to survive the elements and find the ancient treasure before it’s lost forever. 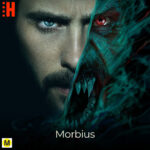 One of Marvel’s most compelling and conflicted characters comes to the big screen as Oscar® winner Jared Leto transforms into the enigmatic antihero, Michael Morbius. Dangerously ill with a rare blood disorder, and determined to save others suffering his same fate, Dr. Morbius attempts a desperate gamble. What at first appears to be a radical success soon reveals itself to be a remedy potentially worse than the disease. 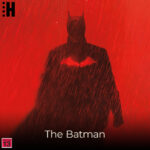 To view all movies and session times, visit Hoyts Ormiston.

Looking after animals and their welfare means you have to be a special kind of person, Dr Jennifer Dauth and Dr Adri Rossouw, the duo behind True Vets Ormiston certainly are! We chatted to them about True Vets Ormiston, pets, and how they came to be a part of our Centre.

Lucy Olcese is an artist currently displaying her participatory artwork ‘CONNECTION’ at Ormiston Town Centre. We chatted with Lucy about her background as an artist, her piece CONNECTION and why she loves Pom Poms!

Stay social with us.

Follow us on social for everything new, fresh and exciting at Ormiston Town Centre.